A few weeks ago, a friend of mine joined SL and wanted my help in creating her avatar. Of course, the first place I went was the Gnubie Store, which has always been the greatest place to get high-quality free items from a wide range of SL’s best designers. I knew it was still there — I’d just been there in December, and they’d just added new designers like Magika and Imagen Skins.

So I teleported over to Powder Mill. And there was nothing there.

I did a search for “Gnubie Store.” At the time, it was still right there in search — I teleported. And there was nothing there.

I checked blogs. I checked plurk. I checked friends. No one knew anything. And then, a couple days ago, Ingrid Ingersoll updated the Second Life wiki entry for the Gnubie Store to say that it was closed. 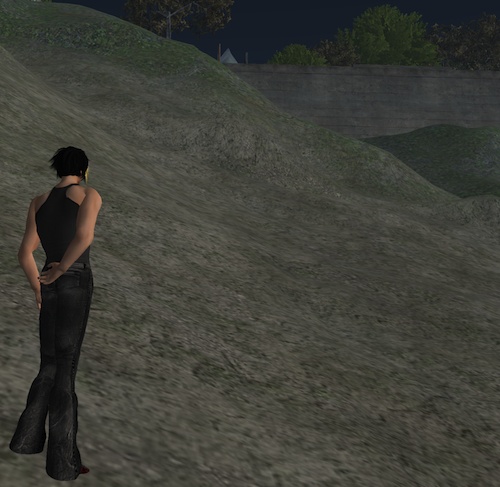 The Gnubie Store has been around longer than you. No, I don’t want to hear it: you have not been on SL longer than the Gnubie Store. It was there waiting for you when you crawled out of whatever Orientation Island hellhole you started in, and it gave you gifts that weren’t total crap and asked nothing in return. It remained relevant as it added new designers, and offered free textures once you learned how to build, or skyboxes and furniture once you had a place to call home.

It has moved a few times in the past, but I don’t think it’s ever officially closed before. If this is truly the end of the Gnubie Store, it deserves more than an incidental observation. It deserves a riotous salute for eight years of generous giving; for introducing our noob selves to designers like Four Yip, Bryce Tully, and Antonia Marat; and for showing that “free” is not a curse word in Second Life.

Jai Nomad, Ingrid Ingersoll, and all the amazing designers who participated in the Gnubie Store over the years: thank you so much. The store will be missed terribly.

In honor of the Gnubie Store, I broke out my “noob” alt and decked him out in Gnubie Store wear (except for the pants…I don’t have Gnubie Store pants). I’d’ve done it on Vaki but Lane’s got more stuff from there.

Seriously, Mega Shark v. Giant Octopus is a masterpiece of modern cinema. What? It has Deborah Gibson in it. And there's this one scene where...what? Oh, like there's something better than a mega shark leaping out of the ocean and biting a plane in half. Whatever.
View all posts by Vaki →
This entry was posted in SL Fashion and tagged Elate, Gritty Kitty, Imagen, The Gnubie Store, Tres Beau, Truth. Bookmark the permalink.
Loading Comments...